“Straight to the heart of Chinatown he (Rev Peter Ng)  went and found the cheapest place available, a haunted house in whose toilet two men recently hanged themselves. He quit his career, rented No. 20A Craig Road, and proceeded to begin a Sunday school, church service, kindergarten, free clinic, tuition, and social relief. Concerned people from established denominations, seminaries, and mission boards volunteered to the cause of the new Jesus Saves Mission (JSM). They scrubbed the floor and walls of joss paper and filth, painted the place, assembled some benches, and on August 8, 1964, held a service at which veteran missionary John Kuhn officially opened JSM.” (Extracted from JSM webpage)

John Kuhn, together with his wife Isobel Kuhn, responded to be Missionaries to China under the behest of James O. Fraser. And James O. Fraser was inspired to serve among the Lisu tribe, by J. Hudson Taylor,  the Founder of China Inland Mission.

But the Missionary fire of sacrifice, fervent prayer & fervent service continued to burn on.

How my heart burned remembering the Great Exploits of J. Hudson Taylor & the effectual prayer life of James O. Fraser. We will quote more about James O. Fraser prayer victory in later chapters

For now I remember Year 1976 when it was a breeze serving as a Student Missioner in Craig Road JSM. Since Ms Liew Kwai Fong was the capable Missioner it was actually a real blessed year for me. That year went swiftly by

Craig Road Mission has the notorious history of two people hanged in the toilets during the Japanese Occupation but after it has been cleansed by the precious blood of Jesus I slept there very peacefully like heaven on earth.

Not so in other Missions or even SOM as we will relate later where we fought fierce battles against the powers of darkness many a night.

From this humble place arose Teachers, Preachers & other faithful members to this day.

Here we see the conversion of Rev James Tan (Pastor of Christ Grace Church). One day I met James and he said, “There is a very quiet person in the congregation who is my “silent Teacher”. I said,  “Brother Tuck Keong” and I was right. Today he is Rev. Tang Tuck Keong the Current Senior Pastor of JSM”. God raised up two Teachers for SOM in the persons of Ms Liew & Agnes after graduating from Bob Jones University.

But my heart burned as I read the Great Works of Jesus Christ through all the zeal, the unceasing prayers & the total loneliness and privation of those Missionaries that went before

The Work of Evangelism & Soul winning is the outgrowth of walking with Jesus. And may we never ever forget

“GOD HAS ONLY ONE BEGOTTEN SON. AND GOD MADE HIM A MISSIONARY!” 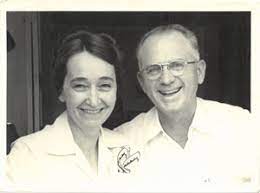 From Wikipedia, the free encyclopedia

Jump to navigationJump to search

Isobel Selina Miller Kuhn, born Isobel Selina Miller, aka, “Belle” (December 17, 1901 – March 20, 1957), known as Isobel Kuhn, was a Canadian Christian missionary to the Lisu people of Yunnan Province, China, and northern Thailand. She served with the China Inland Mission, along with her husband, John, as a Bible translator, church planter, Bible teacher, evangelist and authored nine books about her experiences.